What if Rebekah had a twin sister that was sweet and kind but still like Rebekah . Read and find out. 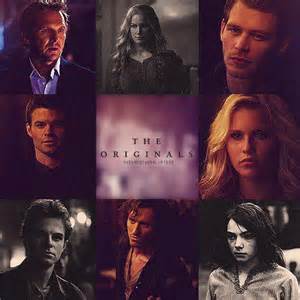 The Original family history
The original family is a family full of vampires. They used to be normal family back in the 10th century.  That was until the yongest brother Henrik and the third oldest Niklaus snuck off to watch their neighbors change into werewolfs . That night Henrik was killed by a werewolf , so in order to protect their children Mikeal made  Esther do a spell that made them faster, stronger, and would give them immortality. She called sun for life, as well as the ancient White Oak Tree for immortality, they then drank wine that had Tatias blood in it ( Klaus and Elijah loved her ) then their father jab a sword into their hearts. When they woke they had to drink human blood or die . So Mikeal forced his children to drink it. After the ritual was over they were faster and stronger , but with ever perk came a downfall. The sun that gave them life could burn them , the white oak tree could kill them , werewolf bites were fatal , but the biggest was their thrist for blood.

They lived the next few centuries in pecea until the 12th century were they came across the five. The five is a group of five men who wants to destroy all vampires . They have a tattoo on each of them that will lead you to a cure for vampires. Rebekah started dating Alexander one of the five he says he wants to be with her, but than stars her the heart with a sliver dagger dipped in white ash to make her fall asleep . The others do the same to Finn , Kol , Eljjah, and Klaus. Klaus is half werewolf so the sliver dagger dose not work on him. He than kills all the hunters and takes the sliver daggers so when of his family upsets him he stab them in the heart and than puts them in a coffin .

When Klaus killed all the hunters he got what they call the hunters curse . A curse to were when you kill a Hunter they show up and torment you to make you want to kill your self or other people . The only way to get rid of it is for a new Hunter to be born. For a new Hunter to be born that have to be apart of the five and kill a vampire . Then the mark will appear and start to grow with every vampire they kill infill the mark is done.


more imformation about Esther
Powered by